After A Twin's Death, Saving (And Playing) Toward A New Life 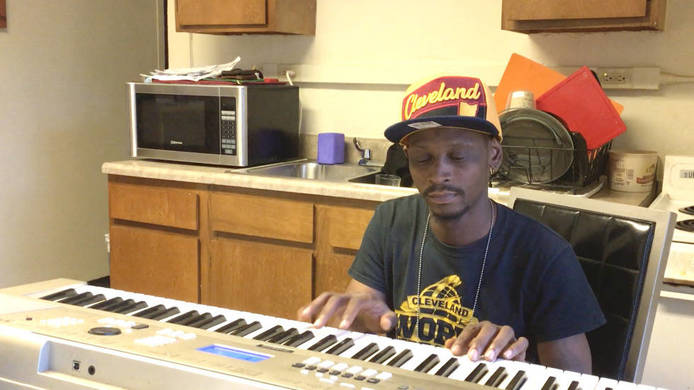 Almost every night, Jason Brewer sits down to play the electric keyboard in his kitchen at Woodhill Homes near University Circle in Cleveland. He draws the blinds, lights some incense.

Often, he begins with Beethoven: The moody opening arpeggios of "Moonlight Sonata," the slow trills and peaks of "Für Elise."

"Beethoven is the one that really got me," he says. "It's just the story. He wrote some of the greatest pieces of work when he was completely deaf. To be so much in love with a craft — I can just understand."

He plays and sings his own music, too, featuring self-penned lyrics about relationships or the power of change.

Whether he's playing his own work or that of others, music serves as both a balm for the day's stresses and as a connection to an even deeper element of his life: The loss of his identical twin brother, Justin, four years ago.

Growing up, he and Justin were "inseparable," says Brewer, 32, even though they had very different personalities.

"He was more aggressive and more the go-getter, you know," he says. "I was more the laid back, sweet, romantic one. He's more of the street one, you know, like, want to kick it. But he also had a good heart."

In their teenage years, the brothers and another friend formed a band, calling themselves "1796 Them Cleveland Boys," after the year their hometown was founded. 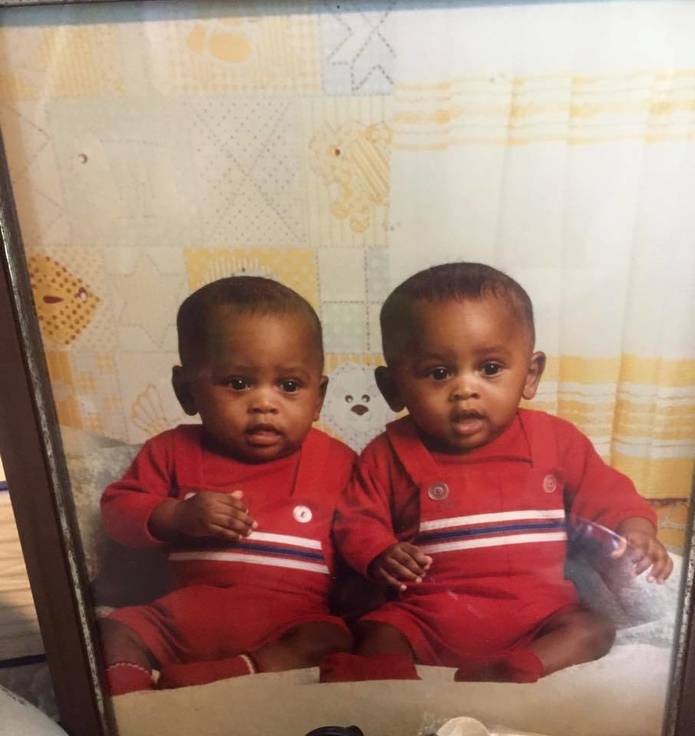 But the band — and the brothers — drifted apart after Justin's daughter was born. Jason became involved in what he calls an unhealthy romantic relationship.

During a trip to Maine to organize his thoughts and get some distance from his emotional entanglements, Brewer heard his twin had gotten into a fatal fight with his landlord, sparked by the landlord's demand for higher rent.

"Justin always had a lot of pride when it came to his money," Brewer says. 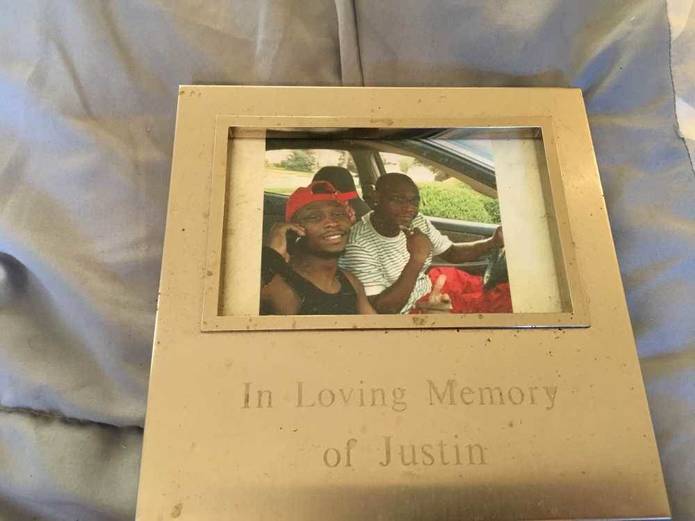 His brother's death both shattered and motivated him, he says.

"The bereavement process of a twin is totally different from any of your family members," Brewer says. "You know, to look at your reflection in a casket..." He trails off.

"It taught me of my own mistakes," he says. "I did a lot of stupid stuff in my past. Nothing too crazy, I never robbed from anybody, I never stole from anyone. I just made some stupid mistakes. But the biggest mistake I made was putting a relationship with the wrong person before I put a career."

His one-bedroom apartment, on the second floor of a building overlooking the Woodhill Community Center, lacks a shower; the stove and refrigerator look to be at least 15 years old, both stained from years of use. But he doesn't see any of that.

"My rent is cheap for right now, thank Jesus," he says. "And I'm glad the government actually gives us programs like this to get on our feet. It's a blessing to people that need it." 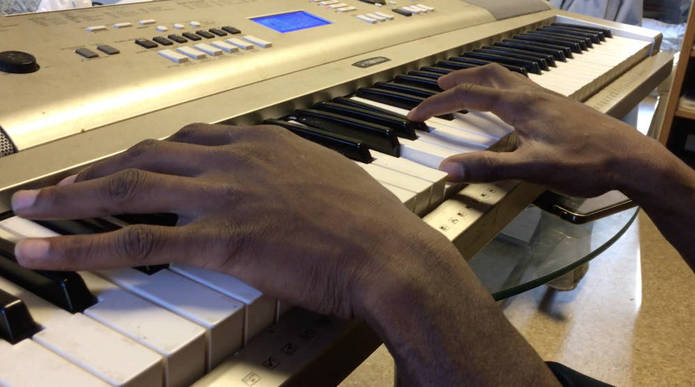 Some of Brewer's curent songs date from the band he formed with his twin brother. (Justin Glanville / ideastream)

Job-wise, his goal is to become a long-distance truck driver, working on his music between long shifts on the road.

Dog-eared computer print outs sit next to the keyboard on his kitchen table, explaining the prerequisites for securing a driving job. He'll need to take lessons and earn a commercial driver's license, but for Brewer, there are plenty of other steps that need to come first. To reach the classes he wants to take, in far-suburban Richfield, he'll need to buy a car. And to buy a car, he'll need to save money — at least $1,500 for a decent used model, he figures.

He works a temporary job at a scrapyard in Ohio City, moving large pieces of metal in a warehouse. The money trickles in slowly, and there are still dark periods, days when he feels overwhelmed and lonely. 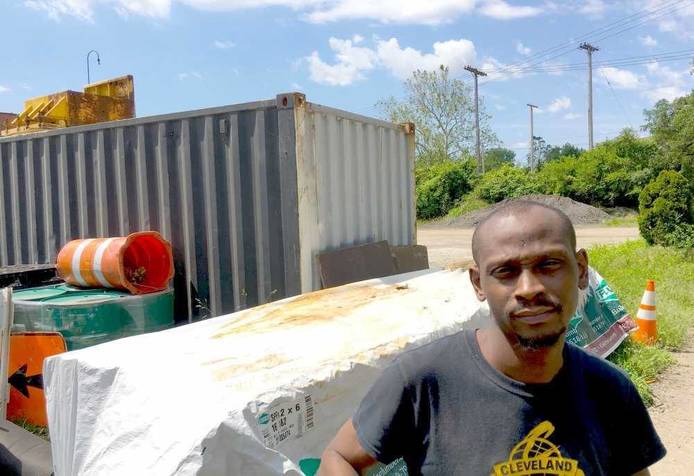 Brewer works a temporary job at a scrapyard in Ohio City, saving toward his goal of becoming a long-distance truck driver. (Justin Glanville / ideastream)

"I would really give it all up to have my brother back here," he says. "It’s just hard, it’s really hard. I pray a lot now, I’ve become a lot more humble."

What carries him through is his music. On a recent evening, he cycled through several self-written songs, including one with several lines of mirrored, repeated lyrics:

In the darkened apartment, it feels like a mantra.

This profile is part of ideastream's two-year reporting project on Woodhill Homes, which may be getting an overhaul as part of a federal planning program. Find more stories from Woodhill at ideastream.org/homes.