Resilient Families Blog: Reflections on “$2.00 a Day: Living on Almost Nothing in America” 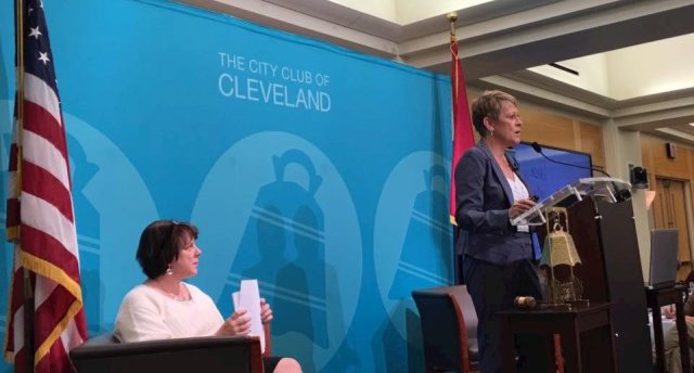 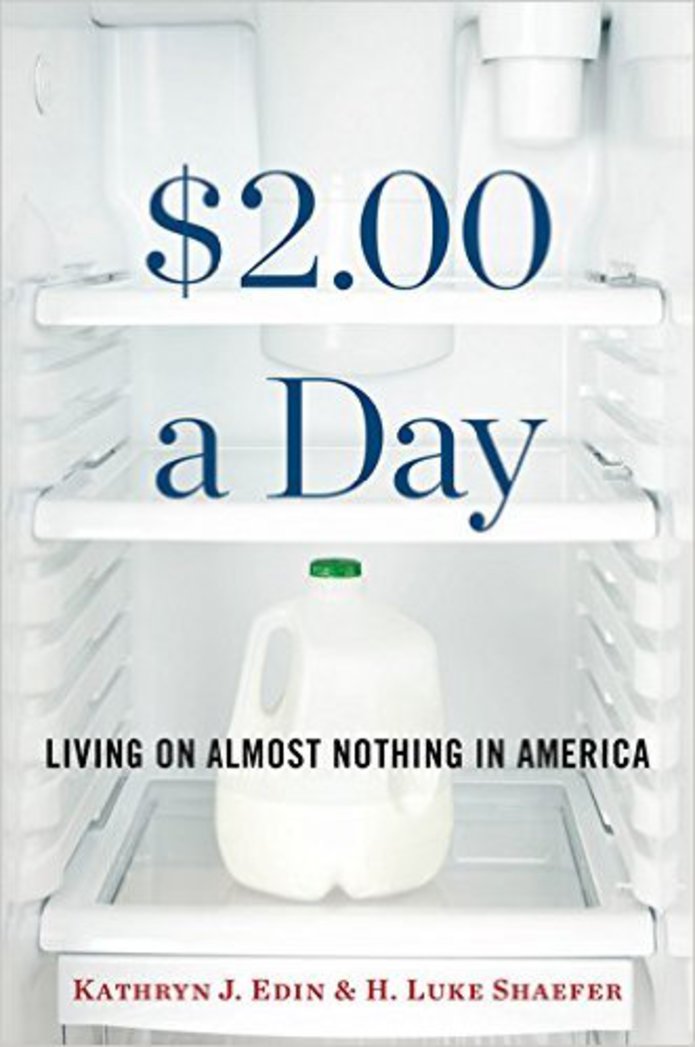 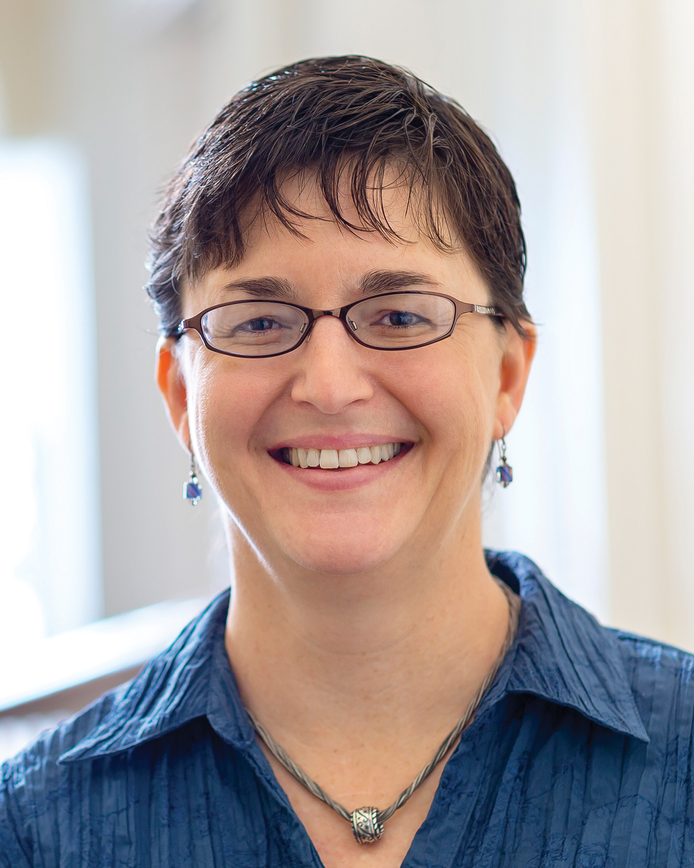 (4.28.16) I was really moved by Kathryn Edin’s recent address at the City Club, as it served as a reminder of how easy it is for families to fall through the cracks, often in spite of incredible efforts on their part. And it affirmed that – contrary to popular misconceptions that resilience is an innate quality in some people but not others – true family resilience relies on a functioning safety net that offers access to basic needs resources in tough times, and does so in a way that also affords dignity and acknowledges the strengths and assets that are present in all families.

The safety net needs some major mending so that parents that are working hard to provide for their families and raise their children to be productive citizens, actually have a shot at reaching those goals. This is part of the promise of American society afterall, that if you work hard and play by the rules, you can get ahead. Yet, Kathryn Edin’s research uncovers a largely unacknowledged segment of American families doing just that – working hard and trying to play by the rules – yet living in conditions that, in many respects, rival the third world… sometimes lacking electricity and running water, facing hunger and exhaustion, and subject to unsafe living and working environments which compromise physical and mental health. In one of the richest countries in the world, there ought to be universal protections and supports that enable families like those Dr. Edin profiles to convert their hard work into a better life for themselves and their children. And those resources should be brought to bear in a way that acknowledges their strengths, supports their dignity and seeks to include them in the American dream.

Dr. Edin’s research shines a light on families struggling to survive, and her book and speech contained some important suggestions about ways we can begin to rectify this situation. Here’s my synopsis of her speech in case you missed it.

Kathryn J. Edin, author of $2.00 a Day: Living on Almost Nothing in America, spoke about the plight of Americans living in extreme poverty during the City Club’s Friday Forum on April 15.

Dr. Edin, Bloomberg Distinguished Professor at Johns Hopkins University, told the audience about her work studying the nation’s welfare program and recipients in the early 1990s, and how she returned to the field in the summer of 2010 to update her earlier work. Despite the reported success of the welfare reform act signed into law in 1996 by President Bill Clinton, Dr. Edin was surprised to find that many families she spoke with had no visible means of cash income from any source.

She realized that a new kind of poverty had arisen in America, one so deep that social scientists didn’t even think to look for it.

She told of visiting a young woman named Ashley – who was a child when she first met Dr. Edin as the author was conducting her research in the 90s. Dr. Edin described finding Ashley visibly depressed and struggling to support the head of her two-week-old infant as she rocked her in an apartment with no food, no formula and almost no furniture. When she asked Ashleyabout her income and expenses, she discovered the woman had no earned income, no welfare, no cash coming in at all. Dr. Edin gave Ashley the usual interview stipend of $50 and – worried for her – made up an excuse to return to see her the next day.

When Dr. Edin returned, she discovered what a difference that $50 had made. There was formula on the shelf, and Ashley had used some of the money to get a home perm to style her hair and get a new (thrift-store) pant suit so she could go job hunting.

This caused Dr. Edin to wonder: In the world’s most capitalist country, is there something essential about cash? Could a little bit of cash typically make the kind of difference it had made for Ashley? And just how common was this kind of cash-less existence?

Returning to Harvard, where she was a professor at the time, she teamed up with H. Luke Shaefer, a visiting University of Michigan professor, who was also the nation’s leading expert on the Census Bureau’s Survey of Income and Program Participation (SIPP).

To see if statistics reflected what Dr. Edin had observed in the field, Shaefer analyzed the SIPP data. He discovered that since the passage of welfare reform in 1996, the number of families living in $2-a-day poverty (the World Bank’s threshold for extreme poverty) had more than doubled, reaching 1.5 million households in early 2011. Reports from food banks and government food stamp data further confirmed Dr. Edin’s fear that “things on the bottom have gotten significantly worse.”

Dr. Edin says the situation raises as many questions as answers:

How do people end up in $2-a-day poverty? What do they do to survive? What are the consequences, especially to children? What intergenerational price will the country pay for not addressing this rise in extreme poverty?

In the summer of 2012 Dr. Edin and Shaefer conducted studies in four sites across the country: Chicago, Cleveland, Johnson City, Tenn. (a midsize city in the Appalachian foothills) and several rural hamlets in the Mississippi Delta.

Their research uncovered several reasons for the rise in destitute families.

The first was the demise of welfare. In 1994, cash welfare served 5 million adults. Under that setup, poor adults with children had about a 70% chance of receiving some benefit over the course of a year.

By contrast, welfare now serves about 1 million adults. Dr. Edin said the chances that welfare will provide any money toward sustaining a poor parent with children is about two in ten. (Half of those adults are in California or New York, meaning that the other half are spread across the nation. Especially in the South and mountain states, welfare barely exists at all.)

Dr. Edin says she observed that the $2-a-day poor value work and want to work, noting that 70% of children in extremely poor families had an adult in their life who had some sort of formal sector job at some point during the year. Most poor kids have a working adult in the household.

So what’s going on with work? she then wondered.

It turns out, she said, that “the bad jobs of today are much worse than the bad jobs of two generations ago.” Perilous working conditions, not enough hours, fluctuating work hours, and violation of labor laws make it difficult for the poor to find and hold employment that can actually help them make ends meet.

Dr. Edin shared the story of a woman in Chicago whose job cleaning foreclosed homes in the winter – with no light, heat or water – negatively impacted her health long afterward. Another story – that of a hard-working female cashier in Cleveland who’d twice been named employee of the month – ended with the woman being summarily fired by her manager for calling the store and asking for a ride to work or a loan for gas money when she discovered her housemate had emptied the gas tank in the vehicle they shared.

Dr. Edin said housing instability is another serious problem. “If you don’t have a housing subsidy or own your own home, you’re going to be exposing your children to repeated perilous double-ups or time in a shelter,” she said. It’s a condition that too often exposes children to adverse experiences, including sexual, emotional and physical abuse.

So how do these families survive? Dr. Edin said many rely on private charities, which are better equipped in bigger cities, but poorly equipped elsewhere. The Mississippi Delta area she studied has virtually no charitable sector at all.

With few options, people sell their food stamps to keep their kids clothed and the lights on. Most will go hungry at some point because benefits don’t last an entire month.

Another common source of cash in some parts of the country is selling plasma, which Dr. Edin noted can leave people weak and potentially less able to find and keep work.

Despite describing the grim situation the poor face, Dr. Edin ended her presentation on a hopeful note, sharing the story of a Mississippi teacher who personally reached out to help one of his students escape a desperately poor and unsafe situation. “Choose to live and work where you can build relationships with people in poverty,” she urged the audience.

Dr. Edin said the poor people she met didn’t say they wanted more benefits; they said they wanted jobs. More than anything they wanted dignity, to belong, to be citizens. Therefore the litmus test for any policy – be it a government reform or something that goes on in the lobby of a food bank – is this: Does what we’re doing serve to integrate the poor or separate them? Does it bring dignity or shame? Does it make citizens of our fellow Americans?