(10.27.15) The City of Cleveland, Division of Police, in partnership with Saint Luke’s Foundation and the Cleveland Police Foundation, recently kicked off its community policing and engagement initiative within the Fourth District. This initiative is being supported through a Foundation grant.

“By increasing the number of positive police and community interactions, it is our hope that it will help to reduce crime and increase the sense of safety, cooperation and community in Greater Buckeye“, said Anne Goodman, President and CEO of Saint Luke’s Foundation. 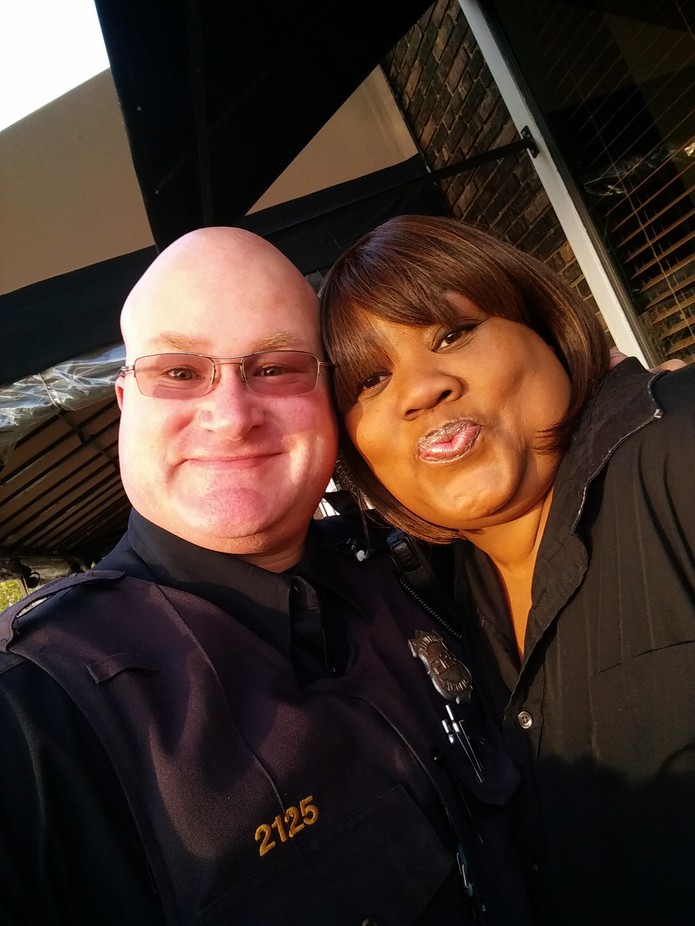 Veronica Singleton (right) is one of the best servers in the business and works an Zanzibar in Shaker Square (pictured with P.O. Raymond Francel #2125, left).

Walter owns the Women’s Accessories store in the back of the SE quadrant in the back plaza. He said that in over 20 years, this is the first time police officers ever approached him through this program to just speak with him and learn about his business and who he was (pictured with P.O. Raymond Francel #2125).