Home / About / Meet the Staff

Tim became the President and Chief Executive Officer of the Saint Luke’s Foundation on June 1, 2020. In this role, he is responsible for overseeing and guiding the work of the foundation to advance the pursuit of health equity in the Saint Luke’s neighborhoods and throughout Cuyahoga County. Tim leads, directs, and coordinates the activities of the foundation in accordance with the policies, goals, and objectives established by the Board of Trustees and articulated through the foundation’s strategic plan, which can be found on the Strategies & Goals tab of this website.

Before joining BBC, Tim spent five years in various roles at the Cleveland Department of Public Health. Tim started his career as an environmental planner for CT Consultants where he facilitated comprehensive assessments of water management systems.

Tim earned a Master of Public Administration degree from Cleveland State University where he also earned his graduate certificate in Non-profit Management. His Bachelor’s degree in Environmental Science was obtained from Central State University and he is certified as an Economic Development Finance Professional by the National Development Council. Tim is a proud graduate of East High, a closed school of the Cleveland Municipal School District (CMSD).

Prior to joining the foundations, Kimalon was Project Director at the Cleveland Department of Public Health working on the elimination of childhood lead poisoning. Kimalon earned her Bachelor of Science from The Ohio State University and a Master of Business Administration from Cleveland State University. She has been recognized by the City of Cleveland and State of Ohio with awards for her impactful work at CDPH and was honored by Who’s Who in Black Cleveland in 2012. Kimalon was recently selected as a Robert Wood Johnson Foundation Culture of Health Leader.

Born to a big family with military parents in North Carolina, Sharon likes to consider herself a well-traveled southern belle. It's those roots that exposed her to all types of people, cultures, arts, music and dance. Coupled with her gifts of organization, attention to detail, creative imagination, concept design and contagious enthusiasm, her love of entertainment planning bloomed. She pursued her B.A. in Psychology at Hampton University. In her professional career, Sharon has extensive experience in the event industry and has expanded that involvement to non-profit organizations.

Prior to joining the Saint Luke’s Foundation, Sharon has worked in partnership with the American Heart Association, The Diabetes Partnership, CDF Freedom Schools, and Dancing Classrooms . These experiences gave her a deep appreciation for how nonprofits seek to improve the quality of life for our region one program at a time, and aspires to one day create her own.

Currently, she provides administrative and support and assists with the day to day operations of the Foundation. 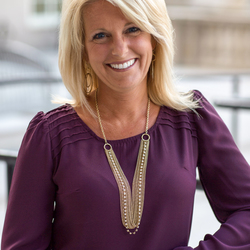 Melanie joined Saint Luke’s Foundation as Accountant in June 2014. A Certified Public Accountant (CPA) and a native of Northeast Ohio, she brings 23 years of professional experience to her work at the Foundation. In her role as Accountant, Melanie is responsible for the Foundation’s monthly financial reporting, payroll processing, tax preparation, and budgeting.

Previously, Melanie served as an auditor for Ernst & Young for more than six years. In addition to her work at the Foundation, Melanie also serves as a Financial Officer for the Mt. Sinai Health Care Foundation, where she has worked since 1998.

Melanie received a Bachelor of Business Administration degree from Ohio University in Athens, Ohio. Outside of work, she is actively involved with her church and her children’s school. 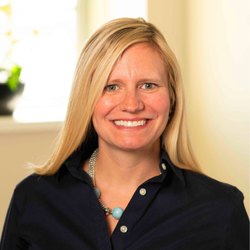 Previously, she served as Manager of Investments and Finance for the Cleveland Foundation since 2011 and served in various roles in the Treasurer’s Office at DePaul University from 2007-2011.

In the community, Elizabeth is a mentor with College Now; serves on the advisory committee to John Marshall High School of Civic & Business Leadership; serves on the Board of Ursuline Piazza; and serves as a volunteer with Junior Achievement and the Northeast Ohio Food Allergy Network. She is a 2016 graduate of Cleveland Bridge Builders. Elizabeth lives in Avon with her husband and two young sons.

Christie was appointed Senior Program Officer, Resilient Families, in January 2013 and promoted to Senior Program Director in 2020. In this role, she provided leadership and oversight for all aspects of the Resilient Families program area, the grant portfolio designed to catalyze and sustain opportunities to ensure that community resources meet families’needs and empower parents to implement their vision for the health and well-being of their families. Beginning in 2018, her role as Senior Program Officer will support implementation of the foundation’s new strategic plan with a focus on the social determinants of health through grantmaking and grantee support, facilitating collaboration and the active exchange of ideas, and identification of other means to advance health equity.

Prior to joining the Foundation, Christie served as Director of Programs for Family Connections of Northeast Ohio, where she oversaw program development, operations, evaluation, and quality assurance. Prior to that, she was Director of the Greater Cleveland Family Support Consortium, a collaboration of Family Connections, Heights Parent Center, City of Lakewood Family Room, and Kidzhealth 2020, which seeks to expand the reach of Family Support programs in Greater Cleveland.

Ena joined Saint Luke’s Foundation as the Office Manager in May of 2019. In her role, she provides administrative support to the CEO and President, manages the day to day office operations of the Foundation, and provides cross coverage where necessary.

Prior to joining the Foundation, Ena provided many years of executive level administrative support as a Department Administrator and Assistant to the Director and Chairman of a research department at Case Western Reserve University. She also assisted with managing the breast cancer program at University Hospitals Case Medical Center. Last but not least, she served as the Office Manager to the Cleveland Browns Head Team Physician at University Hospitals Case Medical Center.

As of September 2019, Ena has obtained her Associate of Science degree in Business from Southern New Hampshire University and is also a member of the National Society of Leadership and Success (Sigma Alpha Pi). She plans to continue her educational pursuit and obtain her Bachelor of Science degree in Business with a concentration in management. Ena lives in Cleveland with her wonderful husband and 3 children, two of which are recent college graduates. In her leisure, she enjoys spending time with her family, focusing on her ministry, and traveling.

Kristen joined the Foundation in February 2016 as Grants Manager and was promoted to Senior Grants Manager in 2020. In this role, she manages the grant database, online applications and grantee reporting process. Specifically, Kristen evaluates requests at all stages of the process and provides assistance to grant seekers and grantees, from initial contact through the life of the grant. She also directs all technical components of grants management, including the data/information retrieval, and regulatory compliance. She also directs the Foundation's commitment to knowledge management and sharing, as well as assisting in communications and information technology.

Prior to joining the Foundation, Kristen worked in the field of international higher education at Kent State University and ELS Language Centers.

Kristen is a graduate of Kent State University, receiving Bachelor of Science and Master of Arts degrees in French Translation. She lives in Cuyahoga Falls with her husband and young son.

Peter’s career spans over the past 20 years. The most recent 10 years include working as the principal leader of Enlightenment Consulting Group,LLC. He has supported leaders and teams working in government to higher education. He has facilitated high tension large group conversations, deep dive learning experiences and led leadership development programs, evaluations to community assessments.

His community engagement skills have supported community leaders and neighborhoods on topics of leadership, policing to racism. Peter has presented at national conferences and internationally addressing Diversity Equity and Inclusion through a polarity lens. He has also worked as a trainer for
Corporate College and worked as a Community Therapist for Ohio Guidestone.
Additional past professional leadership experiences in Peter’s career include being a Program Manager at Cuyahoga Metropolitan Housing Authority where he managed a workforce development program, Director of Community Outreach at St. Vincent Charity Hospital where he established a community healthcare worker program and led a community health prevention initiative. He continued his leadership as the Associate Director for the Center for Health Equity at Cleveland State University, where he managed a million dollar research effort centered on academic and community partnerships within the Central neighborhood.

His work required a need to address social determinants of health, race and health inequities through a public lens. Over the years Peter has lectured at Cleveland State University for the Diversity Management Program, School of Social Work and Health Sciences.

Peter has advance training and certifications in organizational interventions and coaching through the Gestalt Institute of Cleveland. He holds a mastery certification in Polarity Thinking through Polarity Partnerships. Peter is a licensed social worker. Peter is an alumni of Cleveland State University (Bachelor
of Social Work) and the University of Pittsburgh (Master Social Work) with concentration in community organizing.

He enjoy participating in martial arts and have earned the title Maha Guru (Senior Teacher) in the style of KunTao and Silat system lineage of W. Reeders and A. Sikes. He is a native of Cleveland, Ohio where he values his residential lived experiences have emerged from the urban core of our near east and
westside communities.